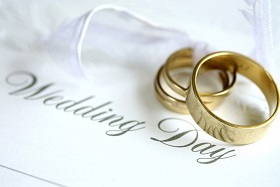 Last fall I went to what could be called the wedding from hell. I didn’t have much interest in going to begin with, which probably should’ve been an indicator to my parents that I shouldn’t have gone with them. My mom insisted (demanded) that I go because the wedding was for the daughter of her oldest friend. My mom used the age old saying, ‘I never ask that you do anything,’ which only served to antagonize me further because she’d insisted that I go to multiple events similar to this one in the past. Adding more fuel to the flame, I was forced to wear uncomfortable dress clothes that I wanted to take off from the moment I first put them on. Next thing I knew, I was sulking in the front seat of the car for the entire hour and a half trip to the wedding.

I was permitted to bring my iPad and during the trip I found myself playing the more combat-oriented games. My dad, who was driving, took note of this and was the first to realize that it might have been a bad idea to drag me out to the wedding. When we arrived at the wedding, in a small forested park, I wanted to leave so badly that I found myself wishing that a bear would show up and force a cancellation or would maul me so that I couldn’t attend. After the vows were made I had to cope with the banquet music which was very loud and was like nails on a chalk board to me.

Desperate for any form of escape, I left our table without a word and started wandering the area around the reception. Eventually I found a secluded spot on a small wooden bridge crossing over a pond. For the rest of the evening I sat on the edge of the bridge playing combat games on my iPad and wishing that I could go home. I didn’t have a permit or a license at the time and we only took one car. Eventually my dad came down to find me and said that he’d spoken with my mom and that he would take me home after we ate.

When my dad dropped me off at home and went back to the reception I was finally able to get out of my hated dress clothes and cool my anger and frustration. When my parents returned they said that they learned a valuable lesson and that it was a bad idea to bring me when I didn’t want to go. We agreed that if I ever showed any disinclination towards going somewhere in the future we would discuss it first. When we talked about the incident later my mom and I both apologized and she expressed to me that the lesson she learned was that she can’t forget to respect who I am.