The Motivation of Being Myself 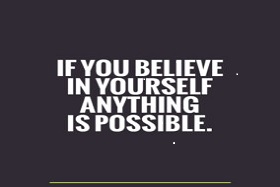 At birth, doctors told my mother that my disability was something that wasn’t going to do me very well. It was an emotional detachment disorder and I probably wouldn’t be capable of doing things like kids my same age. Some of these things involved, walking, talking, responding to others, or even taking care of myself when I got older.

I was diagnosed with Asperger’s at the age of 6, but I didn’t come under full understanding on what it was until I was about 10. The fact that I didn’t really know what it was dealing with Aspergers, I wouldn’t really talk about it. I think I started to learn about it around the time the TV show Smallville was on. My mother saw that I was capable of knowing my autism and that it was something like Superman, and how he was able to learn about his abilities. From there it just became more of me slowly getting into studying who I was and what I could do.

I didn’t really find that much of a problem because I never really knew I was around other people with disabilities like mine; this also went along with certain things that I did during leisure (gaming, mathematics, typing, reading comics, technology and music), and I just never had an issue.

I never really knew all the different things I could do in my spare time, so I played my Nintendo 64 almost all day, every day. I got so used to not leaving the house that I did nothing but play video games. When I got bored, I would just sleep, regardless of what time I stopped playing. But then I started listening to some of the soundtracks heard though my video games and realized I had a feel for music. It was just then that my middle school had a class for learning how to play instruments and no kidding, that actually got me motivated to learn music. That gave me the chance to meet other people who were way more passionate in music than I was, to tell me what made them like music (mainly classic music). This was the first time (when I was about 12) that I had been involved in COMMUNICATING with anyone outside of my disability, and even enjoyed it.

Overall, I am proud of the little tasks that made me who I am now and yet, there’s more growing I have to do. I know I will overcome my weaknesses, no matter what. Ever since I’ve graduated from community college, I am confident about my Aspergers. I often wonder how I deal with whatever life throws at me these days, or sometimes I go out and do activities that make me happy. Other than that, I’m proud of what I have accomplished and want to do more in the field of motivation. For anyone that may think negatively about themselves, just remember this: autism isn’t a disability, but rather a new ability that stands above the rest and can work alongside you as your co-pilot.