Switching to a Smartphone 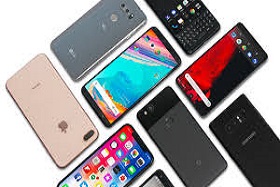 Phones have gone through an evolution over the years. As a young kid, I remember chatting with friends via a phone tethered with a cord and my mother picking up another receiver in the house telling me she had to make a phone call. Things like cell  phones were expensive back then and bulky, so any communication was tied to a landline or payphone. Today, cell phones are affordable, and smartphones provide a window into the internet, job searching and a plethora of other resources. Today, I’ll  be talking about how I converted into using a smartphone and their benefits.

To start things off, I wasn’t someone who thought they needed a smartphone. “Why do I need a phone that does fancy things when I have a computer at home I said to myself.” But when it was time to upgrade my phone with my carrier, I decided to choose a cheap smartphone to see what the fuss was about.

Right away I noticed the GPS feature. As someone who gets lost more than I’d care to admit that function assisted me through countless situations where I had to find a particular building or needed more specific directions other than those that were provided to me. Sure, you can look things up at home, but when you’re out and about and need to check directions, a phone is going to be a convenient option.

Another benefit of smartphones is that it can act as a backup if your home computer breaks and you need to correspond through email. When I had a laptop die on me, I could still carry out my business without delay until I could afford a new computer with my phone.

Applications. Phones today have programs that can run natively on a device and range from games to ones that monitor your fitness level. If you can think of something, I’m confident you’ll find an app for it. Some of the applications are free (most of them) while others you pay to purchase or to utilize their services.

One application that I use a lot is a rideshare app. Riding public transportation can be an ordeal sometimes. The motion of the bus, the smell of the bus and the feeling of being boxed in by people can overwhelm my senses sometimes so being able to hail a private car right from my phone with cheaper rates than cab services is a boon.

In my opening paragraph, I mentioned job searching, and I want to talk more in-depth about that topic. In the past, you could walk into an employer, ask for an application and then submit it right there. You can still do that, but more than a few jobs will only have online applications, and it requires that you have access to the internet. The library is where most people can access free internet, but with how quickly job positions can come and go you may be at a disadvantage if you can’t get to the library every day. A smartphone allows access to the web, so you’ll be on an even playing field with other applicants.

Smartphones are paving the way into the future, and I’m happy that I took a chance to see what I was missing with a standard cell phone. If you’re thinking about purchasing one, you can get a low-end model that does the same thing as more expensive phones.

Also, those who are over 65 can benefit from having a smartphone as well. Digital buttons are often easier to press than physical ones. Phones also have vocal dication options so you can make calls just by saying a contact’s name. Smart lights can be tied to a phone via an application, so there’s no concern about fumbling for a light switch  in the dark when you can turn them off and on with your phone.

Smartphones are common and what I’m mentioning isn’t new information. If you’ve been holding out and keeping a standard cell phone, maybe take a second glance at smartphones the next time you upgrade.