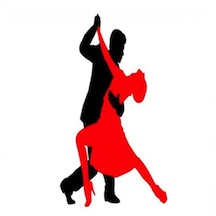 This month has been pretty interesting, but kind of eerie at that same time. It started off with some pretty uninviting times where I experienced a great deal of boredom that I put myself into. Do I enjoy it? Sometimes. Do I want it to change? Indeed! Out of all the things that I had set for this month, there were two things I really enjoyed, first was my trip BACK to New York which was pretty interesting this time around because I spent the whole evening in Times Square.  This was kind of an interesting thing, especially going back into the “City that Never Sleeps,” and then there’s was the number of times I went salsa dancing every month at Schmidt Commons.

The idea of just dancing wasn’t really my thing, no seriously, I don’t really like to do it, but I am pretty aware that it’s a decent way to express yourself, especially when you do it on a monthly basis. Yes, it was like every first Friday of the month I would just go out and take dancing lessons with a few of my friends in the North Philadelphia area (Schmidt Commons) and just go from liking it, to realizing how much I have socially went out meeting people.

It was weird at first thinking that I actually had the whole dancing thing in the bag, but over time, I just got used to doing the basics and oddly enough I got comfortable with communicating with other people, which pretty much just resulted in a good time.  So as of October the 6th that was actually the last day I participated in doing something like that, and I’m not saying that there weren’t other means having fun, I just missed the ambiance of what this area had and the atmosphere that made me enjoy going out and talking to people.

I can’t really say that I strictly want to dance there, but when it comes down to areas that really have that relaxing mood, I’m going to have to say that Schmidt Commons is definitely that spot for me.