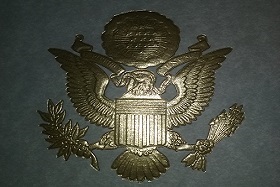 In February of this year, I lost my father. He was a pillar of strength for me even after dealing with health effects of two strokes. My Dad always had a positive attitude and continued to build Revell model kits (cars) that I would send to him whenever I had some extra cash despite only being able to use one good hand after his stroke. His entire life was devoted to his family, especially his wife (my mother) and went with her to doctors appointments when she was diagnosed with renal failure and require dialysis treatments. There’s a lot that I could say about him, and I will talk a little bit about his life, but I still am coming to terms with the fact that he’s no longer with me.

My father was a Vietnam veteran. He served two tours for his country and met my mother when she and her friends hosted parties during the summer for men on leave from the army. Ernest is my Dad’s name, and he served as a radio technician and earned several medals for his paratrooper abilities. Coming back from Vietnam was hard for my father, not just mentally, but physically as well. A chemical called agent orange was used during that war, and my father was rendered sterile, so he and my mom couldn’t conceive children naturally.  Of course, I’m here writing this, so he and my mother did have children, through adoption.

Both of my parents were active in foster care. They did emergency placement for children who were taken from a terrible environment and took care of them until a case manager came to get them. Though the 15 years that they fostered, they adopted three children and I’m the youngest among them. My parents, were also older than most others, both of them being born in 1940. So, when I came along, they were in their 50’s, and I was only a few months old when they fostered until they were eligible to adopt me. Still, I’m in awe that when most parents are happy to have an empty nest, my Dad and my Mom always wanted to give back and give children a home.

I will talk about my adoption another time, with the unique circumstances surrounding that, but in this time of grief, I’m trying to remember the good things about my Dad. Things that I’m proud of, and the lessons that he’s taught me. But it’s also essential to not repress grief, and some days are more onerous than others, they are. But I hope with time, it won’t be so hard, and I also hope that my work and volunteering reflects the spirit of both of my parents. All I can do is do my best, help others and take time for myself.