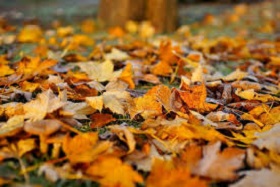 Throughout this year, I have tried to get used to doing two things: one of them was trying to improve on my social skills, whether in business or casual settings, and the other was trying to pick up another hobby that involved me leaving the house more. The similarities? I have picked up the habit of staying in my house a lot, which doesn’t give me many chances to improve my social skills. I never really thought there was anything wrong with it until it hit me personally.

I’m not saying that there’s anything wrong with staying a day or so in your house, as long as there is some form of activity involved. There were times when I would often not move out of my bed at all because it just felt so good to have a break from school and have a whole day of relaxation. At first, I would type up something random, or just do some studying just to keep my mind at ease, but the more I got into this habit of making up my own plans, the more I just ended up not doing anything.

So maybe that’s what my issue was, all of my hobbies (whether video gaming or typing exercises) were more indoor things, and not that I have a problem with it, but the one activity that really got to me was taking really, REALLY long naps. I didn’t do that much back when I was in school, but after leaving school I took advantage of that big time. I decided to not start up school this fall and just take three months to figure out how I should adjust myself. This seemed to be working, but again, I didn’t really think about how I would manage that free time and I got used to just sleeping a lot lately.

There’s other events I could get involved in, like going to various comic conventions, which can be expensive at times, or spending time with my family or friends, but sometimes they’re busy. But then, it still got to me…what about ME? How could I go about a day when everyone else I know is busy doing stuff?

Somehow, I started looking at really nice things and taking pictures of it. Taking pictures helped me get my mind off of overthinking things when I was just in the house and helped when I had the urge to go out and do stuff. I don’t think I would change a thing about the times I went outside to look around and smell the fresh air, because it was really interesting to look at and take pictures of some of the colorful and simple things about life. And now I get to have it right next to me on my camera as something to look at and remember, whenever I recall this fall.