So far the previous year has had its in and outs with me. I think the biggest thing that I have learned from it was the fact that there were lots of things to improve upon from a mental aspect and to determine what else I wanted to get out of it since I was still processing events from last year in my mind. Some of these involved my mental wellness, physical wellness, and even contact dealing with COVID, so far, here are those stories involving those three very issues and how I overcame it.

One of the main things that I have done to keep myself occupied was to clean up my personal space and redo it. This was something my dad and I did to keep myself occupied out of my work at home and to make me feel good about the house. Not to get too far in detail, there were just some ideas that were made between my dad, my brother, and myself and we just got down to progressively making the house on how it worked on our very part. But the thing is, what did I get out of it besides moving around more after I get off work? Well, the thing was that I saw the value of progression and I wanted more of that on future projects. I just thought this was the main thing to discuss especially because this wasn’t mentioned on either of the previous two checkups, despite this being the main thing that happened all quarantine. Seeing that this was the main thing that inspired me to not just hone on responsibility, but even make the decision to redesign my room, which was something I have been working on since November to as of current in 2021. This has been a huge deal on responsibility and the biggest step of self-responsibility which has been a major theme on most of my previous blogs, this isn’t something that I have some thought on writing about as much in the future, but the idea of organization and independence has always been a major topic to what I want to achieve in my life no matter how large or small the task.

Part II: Dealing with COVID- Overreaction to the worst

So, the worst (not presumably) did happen and that was the fact that I was hit with COVID-19 back in November which made my ideas on projects and everything move quite sluggish. I wasn’t too happy and rather was worried more about others rather than myself. Now, I don’t know why that was, or maybe it’s because I don’t live by myself, maybe it’s because even though I don’t really talk much, I was really vocal in explaining with my family and closest friends about how I felt after I had COVID-19. But either way, I just feel as though that this did fit in with the topic of growth and overcoming obstacles because even though I spent about a good 11 days dealing with this, about the second half of the day did make me appreciate the smaller things in life and eventually not have me thinking negative as much.

I am not too sure if that’s something relating to those on the spectrum because whereas yes, it does fit very well with overreactive thinking and even thinking of the worst which is something that I have dealt with numerous times. Over time, I tried to stop thinking like that and made myself just sit in silence for a while and just get all of that negative thinking out of my head because I didn’t want those thoughts to linger with me as I am dealing with a critical sickness. Overall, I am doing well and the same with my thinking and I intend to walk forward with a growing sense of confidence. 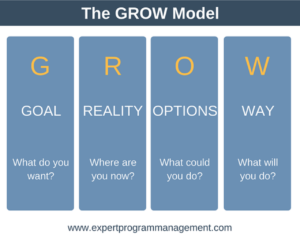 Originally, I had wanted this to be on my physical progression since I don’t write about that as much as I wanted to. Like when I wrote about the number of schedules that I keep in place, was it overkill, or was it just trying to stick to trying to go somewhere? These were the very thoughts that were flowing through my head as I was trying to do activities while still in the house. It began in late August when I wanted to go outside more. I  wasn’t too proud of the efforts even though I went jogging and biking on all my breaks after work.

This eventually got to me learning about the GROW (Goals Reality Options (Way-Forward)) at a group meeting at my job (Youth MOVE). Now to be fair, it’s going through a 6-month progression but I just like the fact that taking off this chart really did make me want to push forward into doing things in a more realistic setting, and to be honest, I am glad on how it did with me going out jogging in between breaks or having any intent to exercise. Whether it was from COVID or from consistently jogging, the realization of the idea that I have lost weight. I put my own visual progression of my goal to lose weight online from 3-month progress and continued to work out at home but COVID was a stumbling block. Those 3 months did make me feel a number of different emotions but the fact that I had a realistic vision and a goal has made me feel better both mentally and physically; it has made me want to go on and continue trying to get back into exercising after recovery because I want to maintain that plan that I had been following, and it was a personal interest of mine to do more.

As of now, there’s a lot of ideas that I intend to share moving forward, especially trying to just have a more organized year as we are still dealing with the issues that are happening, because safety is still the main thing to deal with as we are dealing with the exact issues of the previous days, months, and year. Personally, I don’t want to give up on any of the previous projects that I was working on, and depending on whatever anyone else has moved forwards- I hope that all goes well! Other than that, despite the battles of what’s going on, just stay positive everyone!