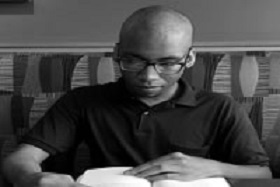 Hi everyone, I’m Ziggy. I was recently chosen as a ASDNext blogger, and my first entry is going to serve as an introduction.

I was born and grew up in Pittsburgh. My parents who did foster care for many years had the opportunity to adopt, and I was fostered by them when I was only a few months old, that led to me formally becoming a member of the family with an adoption. My adoption is considered a trans racial adoption, meaning, parents who are a different race than their adoptive child (My parents are Caucasian and I am African American). I believe my family structure has given me unique experiences, and my parents were cognizant of my race as I was growing up, and made sure, not only to provide love and care but education and warnings that some people had negative views on others who looked like me. Differences should be embraced, but that wasn’t always the case with certain life encounters, and my Mother and Father made sure that I was protected to the best of their ability.

My autism diagnosis came in 2015. The psychiatrist that I was seeing at the time, suggested a screening after months of trying different medications that weren’t giving myself favorable results for what I thought was just depression and anxiety. They took note of my symptomatology, and stated that I showed characteristics and traits associated with individuals that have autism. The process to get formally tested was started, and when I was filling out initial surveys, a lot of the questions resonated with me. Issues with food texture, clothing material, even social issues…those things that I believed made me odd, and even ostracized by peers growing up sometimes were validated, and autism was something I could call the amalgam of those traits. After the formal testing, my psychiatrist referred me to specific groups that were tailored to individuals with autism. Those groups gave me the vernacular to explain experiences that I’ve had most of my life. The diagnosis in my early 20’s, considered to be late, gave me a fresh perspective on viewing myself and retroactively allowed me to see my childhood through a different lens.

Pittsburgh wasn’t the only place I lived, I also lived near Grove City PA; we moved there when I was 13. It was very different from living in the city. It was rural area. You could ride quads on the back roads, and sometimes you would have to worry about bears (yes bears!) getting into the garbage at night. It was a nice place, but it didn’t have the options of the city, so sometimes there wasn’t a lot to do.

When I lived up there, my parents had health issues, my mother was on dialysis and my father took care of her to the best of his ability, and I assisted him with that until, unfortunately, he had a stroke. That’s when I became a caretaker for them and took the reigns of responsibility for a household. I was in my late teens and that’s a big responsibility for someone who is so young. I think that experience was invaluable, and hopefully in future entries, I’ll be able to talk about those life lessons in depth.

The city is a place I call home once again, and I try to take lessons that my parents taught me and use them to help and assist others. Individuals with autism come from all walks of life, and I hope I can use my experiences to empower and support other young adults on this blogging platform.