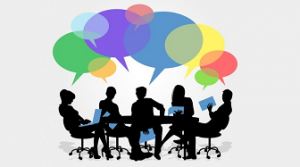 Managing a public Meetup social group is not an easy feat.  The meetup that I established with a friend has reached over one hundred members in nearly two years.  With so many members we have to cater to different personalities and preferences when organizing events while maintaining control of the site itself.

The meetup itself was established so that Aspies and other people on the Spectrum could have a place where they can let their guard down and have fun with other people who understand what it’s like to live on the Spectrum.  I am the primary event organizer while my friend maintains most of the site.  To plan events I usually consult with other meetup members to get an idea of what people want to do.  The problem is when people try to use the meetup to plan their own events.

One of the members recently suggested that the group meet for lunch.  Despite my rejection of the idea the member posted the event on their own.  At this point I had to consider whether to let whole thing slide or to intervene.  The problem with not intervening was that other members would start using the site to post their own events or use the site as a personal social media site.  Both outcomes would pollute the site to the point that official events could get lost and that my friend and I would lose any control of how the site operated.  Therefore I deleted the member’s post.

Another problem is having to work with some members facing social difficulties.  A new member was posting excessive amounts of public comments.  The member in question commented in detail concerning their dinner requirements while repeatedly posting that they would or wouldn’t attend a dinner meetup.  For the next meetup they seemed to want constant reassurance that the date for the event wouldn’t be suddenly changed despite the date being clearly posted on the site.  At that point I sent them a private message politely asking them to stop commenting so often.

The member continued to ignore the event details and cluttered the site with posts.  I sent them another message asking them to stop commenting so frequently, but was again ignored.  By then the member’s constant posting was not only irritating but was also causing other members to take up her tendencies and enabling the member that I mentioned previously.  I finally had to send them a third message telling them, in no uncertain terms, that if they could not control the number of comments they posted I would be forced to revoke their membership.  They finally complied and have, so far, not been a problem.

The management of any form of social group is difficult, but managing a large group of people on the Spectrum adds an additional level of communication issues that need to be carefully handled.  I personally have found that when explaining to the members of the meetup group that are struggling with communication I need to be polite but also maintain a level of bluntness to get the point across.

When working with individuals on the Spectrum I have learned that directness is important.  As a result of the issues the group has had this year I plan to institute new site rules in January.  I have learned a lot through these growing pains and know it’s made me a better organizer.