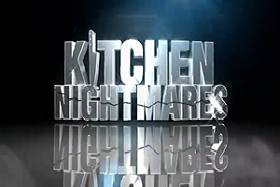 Kitchen Nightmares was a show featuring Gordan Ramsay, a celebrity chef who is most notable for an aggressive tone that he can take, not shying away from using coarse language to hammer home his point. The premise of this series was a call for help from restaurant owners whose businesses have floundered seeking Gordon’s expert opinion on how to revive their establishment. Sure, the show’s main draw its entertainment but there are great lessons sprinkled in the episodes, and you learn that Mr. Ramsay isn’t rude without reason and desires the success of the business for the owners.

The first thing Gordan Ramsay does is try the food at a place he visits, that usually gives him an impression of quality and staff competence. Most of the time he doesn’t enjoy cooking, that isn’t surprising considering that he has 16 Michelin Stars. What is interesting though is the reaction to Gordon’s critique. He’s usually met with a very defensive owner who swears by their food quality and that customers enjoy the food except no one is there eating.

After tasting the food, Gordan then observes the dinner service to evaluate proficiency and how the kitchen is managed. Usually, it’s a mess; frozen meat is stored with cooked items and kitchen can just in a poor dilapidated state. Sometimes he has even to shut down service because he’s not happy with the quality of the food. Then after dinner is complete, he sits down with the staff and lists everything that has gone wrong and what needs to be changed.

Gordan doesn’t just limit himself to the restaurant, he sits down with the owners and asks them about their life story, how they got started, what significant life changes have occurred to change the trajectory of their life. He’s not someone who degrades others and says pull yourself up and wishes you good luck. He creates a solid gameplan that a person can work with it to revitalize their restaurant.

Of course, it wouldn’t be Kitchen Nightmares without a complete renovation of the restaurant, and I would have to say that’s one of my favorite parts of the show because of the reaction and the renewed vigor on the faces of employee’s.

If there is any lesson that can be taken from this reality TV show it’s that change is something that a person may have to do if they want to succeed. That listening to critique isn’t always an attack on your character, and it’s a chance for growth. Gordan may yell and scream, but I think that stems from the passion he has for food and his desire to see others succeed.