Lessons from at Home Boredom 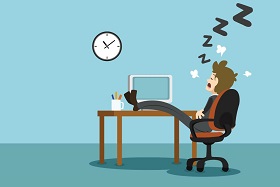 I have a fairly well-adjusted schedule but lately I haven’t been able to do much.  Although I haven’t been doing much I still try to be active. Typically, in the colder months I stay at home and am unable to venture outside.  However, I have been able to cope with some of this inactivity because I’ve found ways to stay active in the house without actually leaving to do things. Sometimes there are instances when it snows, when it rains pretty hard, or when I just don’t really have interest in certain activities.  However, I still try to motivate myself by exercising, listening to music (or mostly silence), catching up on shows that I’ve missed or some combination of all three.

Within 2 weeks of doing all of that, I eventually got back into weekend (and sometime weekday) house cleaning. I never thought that I would get back into something like that. So basically, to put it this way, I enjoyed not really moving much and was shocked that I had the urge to clean again.  A while ago I got really bored of not moving, so I just started picking up things. I picked up some of my old movies, games, and comics and began to use them.  After using them I either put them away or packed them up to be placed in storage so that I would have access to them later on in life.

I never realized that eventually I would go to events and do so many things outside of the house. I’m shocked that I was able to get BACK into that mood.  I was also surprised how quickly it happened.  It was like I just saw my old self enjoying some of those things I used to do when I was at home by myself.  Things like cleaning and what not helped me to develop a sense of balance so that I don’t always have to go out to random events. Although I once thought that be active meant going out to activities on my own I now see that a person can still be active while staying at home and trying to work on a self-care routine.