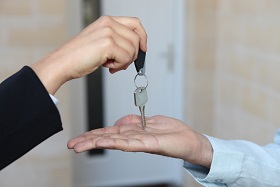 After some prompting my parents they decided to leave me home alone while they went away on two trips recently. Since this was the first time that they’ve done something like this they used this as an opportunity to see if I could take care of everything without them.

The first night they left for an appointment in Philadelphia. Problem number one I encountered: no morning coffee delivery. That morning I had to make my own coffee which, granted, isn’t much to complain about, but it is an alteration of my morning schedule which can aggravate an Aspie. The second thing that I had to do was to feed the dogs and let them out. Again this isn’t a big deal, but it’s another deviation from my morning schedule. Then I had to fix my own breakfast, but that wasn’t a problem because my dad had left some chicken quesadillas in the fridge and it allowed me to read a little while I waited for my food to heat up. Fortunately, I didn’t have to take the dogs for a walk because my parents had taken them on a long hike the day before. After breakfast things were the same as usual: shower, get dressed, go to work, eat lunch, work some more, and go home. After the first successful night alone, my parents decided to leave me home for a second night that week.

That night and morning was largely the same except that I didn’t have to work that day. Unfortunately I planned on getting up at seven thirty, but after my alarm went off I closed my eyes for a moment and when I opened them it was nine in the morning. I immediately rushed downstairs to feed the dogs who were jumping up, down, left, and right with anticipation the moment I had a foot on the stairs. Once the dogs were fed I started to fix myself some breakfast: coffee and a toasted garlic bagel. While I waited for my bagel my mom called, letting me know that they were headed home and that I had to pick up any dog poop in the backyard, which I promptly forgot about until they got home.

The rest of the day was spent playing Call of Duty and Dragon Age until my parents came home around noon signaling that the fun was over. The first thing my mom asked me was if I’d picked up the dog poop, and I suddenly found myself walking around the backyard with a handful of plastic bags purposely looking for dog crap.

It’s good that my parents leave me home alone every once in a while. It gives me a chance to live independently from them, giving me an opportunity to learn how to take care of a house and pets without anyone else to lean on. As an Aspie it also forces me to break my routine schedule and to try and not let it affect me and the rest of my day. If someone else were to try this I’d recommend starting by starting slow, with just a few hours at a time and then working up to being home alone overnight. Regardless, the goal is to get the person used to taking care of themselves, and for an Aspie to get used to a disrupted schedule.