Gaming for the Real World 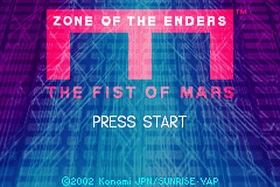 So, after a discussion in my school today about video games, I believe that overall video games did make a huge impact on my life. As I mentioned in a previous article, video games have been a huge part of my life and I think they have helped me become confident of liking my repetition. I usually play the same games over and over again and often get a kick out of it (Starting with Zone of the Enders: The Fist of Mars for the Game Boy Advance). The fact this game had a really deep story in all the characters helped me pick up feelings of other people and read long and tedious texts.

I wasn’t as social during this time and if there was one thing that really stood out to me in gaming, it was how math and gaming go hand-in-hand pretty well! The game that really helped me understand the concept of math was Mario Golf for the Nintendo 64 and then eventually 24 Game’s First in Math. With these 2 games, I spent a casual 2 hours each on both games and then suddenly realized that time went up, mainly on First in Math. I was really surprised how this game made me love math! I created quick ways to solve each problem until I mentally learned to love numbers and even love my homework in my spare time.

Overall, I still spend time gaming, but I think the part of gaming I miss is when it makes me feel like I accomplish something and when I can take it out in the real world. Although, one of my friends pointed out that your hobby doesn’t have to match what you do in life and I couldn’t bear to see using it towards my current area of work. I feel as though I did it before on gaming, and overall, it felt pretty good!