A Diagnosis Doesn't Invalidate Your Opinion 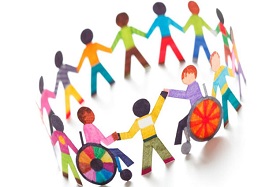 Discussions are a part of life. Debates, arguments, even conversations, those are things that happen daily. You can learn a lot from them and others from you. Sometimes, people don’t have the best intentions. They may try to troll (harass) or even use your diagnosis against you. Those types of individuals can be challenging to deal with, and you will encounter them in life. How to handle people like that is easier said than done, but I’ll try to go over a few tips and tactics you can use as well as sharing a personal anecdote with my older brother who has down’s syndrome.

The first thing I want to say is, anyone that uses your diagnosis against you in a discriminatory way is wrong. A person does not get to invalidate you just because you may have autism or another condition. It happens though. You could be talking about a completely different subject, and the other individual feels that they’re losing the argument, so they choose something personal to hit one of your vulnerable points. When that happens, you have to say to yourself, “they’ve lost the argument.” They can’t discuss the topic at hand and want you to feel bad enough to make you think that they’re right. I’m not advocating that you confront that person, only that you make a note that they’ve given up on having an earnest discussion when they start using personal slights. Remember when someone does that, there’s nothing wrong with you when they go for low blows. Their choice of words speaks to their lack of character.

I have an older brother with down’s syndrome, and he’s had challenges in life. Growing up my parents, older sister and I have done our best to support him in his personal endeavors, but we’ve encountered those who aren’t familiar with his condition, and their ignorance can be dehumanizing. The biggest thing that I noted from others is when they speak about my brother as if he’s not in the room and he’s sitting right next to them. When I see people do that, they’ve decided that he won’t even be able to follow the conversation, so they don’t include him. His condition doesn’t change that he’s a person, with feelings and deserves respect. When I encounter situations like that with him, I look at my brother and ask him to give an opinion on what they’ve said. Afterward, people usually get the hint, and they start including him in the discussion. That doesn’t change the fact that he should be recognized from the start, but I think a portion of people don’t understand down’s syndrome and I wish that weren’t the case.

The world is becoming a more understanding place, those with disabilities and other conditions are being recognized, and their voice is included in discussions about them. But it’s important to remember that some may be ignorant, and that ignorance leads to rude comments. What we can do is ensure that those who have their voice stifled have a chance to speak. We can encourage, inspire and support them. Just like I assist my brother and how he helps me in return.