Creating Your Own Path Together 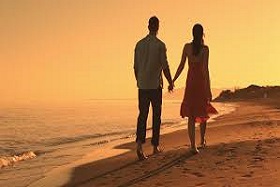 My point here is that our lives were very different growing up. It is now our job to navigate our relationship as a married couple while trying to react in the right ways and NOT the wrong ones. That can be really hard sometimes, because we’re human and we have emotions. It can be especially hard for me because of the autistic diagnosis. Sometimes I’ll say something that I intended to be sarcastic or a joke and my husband will take offense and expect me to apologize. (I should mention that we’re both stubborn and that this is NOT helpful!)

Also, he and I have different ways of processing post-argument. He wants to talk right away while I need time away to figure out the thoughts in my head and separate them from the other stimuli happening around me. This usually ends up making the argument that much bigger because we then have an argument about the fact that I can’t talk about whatever argument we just had right away. Sometimes, towards the end, I’m not even sure how the argument started because we landed somewhere completely differently.

As a married couple, part of the journey is creating your own path together. Taking the things that you’ve both learned and observed over the years and molding your relationship around that. Finding out what works for the both of you together. You need to talk to each other and make decisions as a team. There’s two of you to think about now. That might be hard for someone on the spectrum who is used to their routines and who doesn’t like change. Some of us may have been doing the same things day in and day out since we could remember. To have someone come in and just change everything that we do on a daily basis is really, really hard. If your partner is resistant to change, try easing them in by talking about it before it’s going to happen. I can deal with change if it was my idea. On the other hand, sometimes it makes me physically uncomfortable.

In summary, relationships are hard and marriage is harder. If you add in that one of you is on the autism spectrum, things might get even harder. I don’t think either my husband or I are ever going to be done learning how to do this. The important thing is that we stick together.