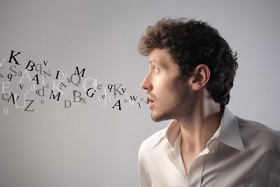 As a child, I can recall an incident that occurred when I was in 2nd grade. It was lunchtime, and like many schools, we shared eating space with other grades. On this day, a new student who was an upperclassman sat with us. He introduced himself…well tried to, but a stutter made it difficult for him to finish that sentence. Almost immediately, kids I sat with and those from another table started to laugh at him. He tried again, struggled and again was met with laughter. I sat there contemplatively, trying to understand what was so funny. Where was the joke, the part where I get it, but it never came. I did, however, end up having the opportunity to speak with the kid after the lunch bell rang. He introduced himself again, struggled with his stutter, but I simply waited for him to finish his introduction. No laughter occurred and I watched as relief spread across his face.

I can say at least initially, I didn’t understand why other kids made fun of others. It’s not that I didn’t note that everyone was a unique individual, I just didn’t have the desire to rush towards a snap judgment and have a reaction based on someone being different than myself. I always and still want to know, understand and allow others to express themselves in a manner they’d like. That means giving a chance to those that may have a verbal impediment or other impairments.

Speaking about myself, I always felt a wide range of emotions, I just had a relatively stoic look as a child in situations that made me uncomfortable. I think I had that expression due to taking in all of the information around me and being a tad overwhelmed by it. The reception to my look was relatively mixed. Some people saw it as a calm and others saw it as a disinterest. A lot of people saw it as the latter and I remember being in a quite a few situations where I was accused of being uncaring because I didn’t talk in certain situations or didn’t want to shake hands with a stranger. They didn’t understand that I had my own limits and ways that I communicated. Their assumption was: I’ll engage with you, how I want to and if you don’t respond in a manner that I (they) deem appropriate, then it’s taken as a slight.

The funny thing was when I did have a chance to express myself in the manner what was best for me, previous assumptions melted away. Assumptions that I was uncaring and indifferent no longer factored into the other person’s judgment, I watched them slowly change, but sometimes I would ask myself: Why did it take all of this, why not suspend those judgments from the start? I still find myself asking this question even now. I wonder about snap decisions. I wonder about pre-judgements and I wonder as to why different perspectives, expressions, and means of communication are looked at with contempt rather than greeted with patience and understanding.