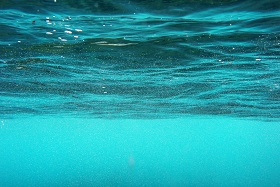 “You look fine, so you must be okay and doing well for yourself.” I’ve dealt with comments like that, for a big portion of my life even though depression and anxiety have been factors since I was a teen. An analysis, a judgment just from outward appearances is not something I particularly enjoy. You can never get a full story from, to use the cliche, judging a book by it’s cover.

I’m someone who is rather guarded, I can come across as stoic, giving an air of composure, even though internally I can be gripping with hardships. This approach to things has a variety of factors. The first is bullying, I dealt with a lot of that in elementary, middle and high school. Kids would antagonize me and any reaction that I would have would tend to be used against me in a form of taunting. Teachers would say “Just ignore them, they’ll get tired” and honestly, that doesn’t happen, bullying doesn’t stop just because you stop showing an outward reaction, but for me, being able to keep a straight face gave me a bit of internal reprieve because I didn’t want to give them a reaction.

Another contributing factor to my general demeanor is the fact that I’ve had a lot to deal with as someone with parents who had health issues, my mother in particular. She required dialysis treatments due to renal failure and took medications to regulate things like blood pressure. Because of her frail health, My father and I, unfortunately, had to call the paramedics if she was having a health crisis; that occurred frequently. So in situations where you have to call 911 or you’re in the ER with someone, losing your composure and getting outwardly upset, can make a serious circumstance even worse, so I had to create a facade to deal with a crisis.

Race has played a role as well. As an African American, showing a particular emotional range can be a net negative if someone has a racial bias. Being upset for example can be seen as antagonism, even though it’s just a situation or life event that is causing you distress. It’s very unfortunate, and I wish a variety of emotional ranges from Black people were viewed a bit differently; you shouldn’t have to act with a certain decorum in order to have your emotions respected. For myself, I had to conform in order to be taken seriously, by doctors or teachers who thought I was exaggerating when I explained how bad things were in several cases.

By many accounts, I appear to be calm, composed and sure of myself. Always conducting myself with tact, acutely aware of social conventions, yet internally, a whirlpool spins under the surface. Anxiety fills me with worry, and depression empties me of my self-worth. So to hear “You look or you seem fine” with no sort of attempt to look underneath what’s only a book cover bothers me. You couldn’t make the assessment that I’m fine by appearances, you have to know me.

Due to my experiences, I’m very introspective. I try to take careful consideration of my interactions with others. Assumptions are not something I tend to lean on. Personally, I think you should leave room for a person to explain themselves, if they’d like, rather than impart your own perception of them as if it’s their own reality. Everyone deals with things differently and taking the time to understand that is a very important lesson, in my opinion, so try to do your best to look underneath the surface.