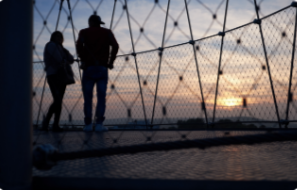 This month I had the opportunity and privilege to be featured in ASERT’s June Newsletter. In that article, I highlight some of the processes to become a Certifed Peer Specialist (CPS). I’ve also written about becoming a CPS in a previous blog post for ASDNext. With all that said, I want to discuss social stereotypes of those on the spectrum because so often I hear and have seen misconceptions because the layman person only sees one facet of ASD. I think it’s important to highlight my community’s strengths and abilities to showcase our multifaceted personas.

One social stereotype of autistics is that we cannot understand social graces and we’re unable to impart a valuable perspective on topics relating to interpersonal relationships. Granted, as aspies, we can have some hurdles navigating our world, but I think our insight is essential and valuable. I couldn’t become a CPS if I didn’t have a robust basis of emotional intelligence. When I was young, I didn’t talk a lot, and I never felt like I could join specific conversations. Now that I’m older when I’m in an informal or professional setting, I always take note of who isn’t talking, and then I ask them a question to include them in the conversation. I have experience with my voice being limited so I can see the signs when someone wants to join in but doesn’t know how to cross that conversation bridge. Besides, as a person who can be overwhelmed by social conventions, I can read when someone doesn’t want to engage in conversation and wants out of it. Emotional intelligence, in part, is the ability to utilize your own experiences to read the room. If I wasn’t autistic, I don’t know if I would be half as insightful and empathetic.

Another social stereotype is that autistics lack empathy. I think when that’s said, some individuals have an idea of what they assume empathic expression looks like and when they don’t see a typical portrayal of empathy they believe that a lack of a traditional emotional response is adverse or uncaring. I’m someone who likes to consider what I’m going to say before I say it. I’ve been in situations where, while thinking, a person can lead to an assumption that I don’t care because I don’t respond right away. The phrase “don’t judge a book by its cover” is relevant here because you can’t possibly infer the entire depth of a book from its title. It’s the same way for people, and you have to give people time to respond, and you can’t infer a person’s opinion if they haven’t said anything. It’s vital to give people time tothink, whether they’re on the spectrum or not.

To address these social stereotypes, it requires a willingness to accept neurodiversity. Everyone has a different outlook on life, and everyone has a different pace. It’s just a matter of giving someone a chance to express themselves in a manner that is appropriate for them. Autistics have a lot to offer. We’re empathic, we’re great observers, and we understand other’s emotions and have significant emotional depth ourselves. Sometimes we need a chance and a bit of time to elaborate on things. Times are changing, aspies, have an opportunity to express ourselves to showcase our full character. I can only hope that things continue to progress, and social stereotypes surrounding autism continue to be dispelled.